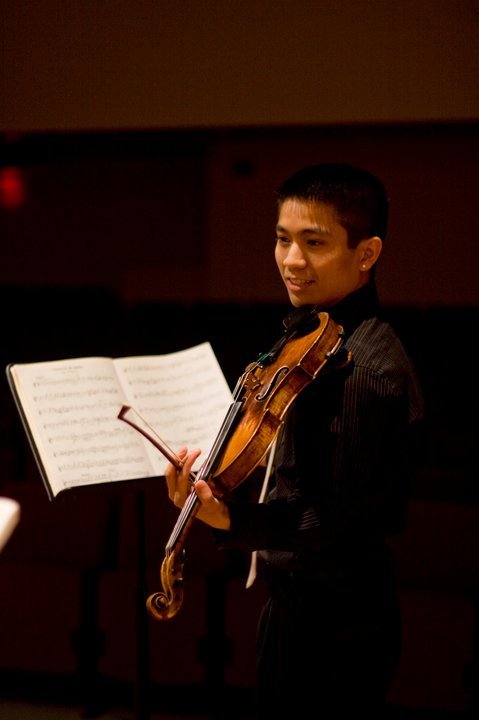 Rodolfo Leuenberger, originally from Mechanicsburg, PA, studied with Pamela de Wall, Odin Rathnam, and Joseph Esmilla of the Harrisburg Symphony Orchestra. He completed his BM in 2009 and MM in 2011 from Temple University studying with Helen Kwalwasser. At Temple, Rodolfo performed with the Symphony Orchestra at Carnegie Hall, the Kimmel Center, and the Lincoln Center. Other activities during his education include Baroque music with Nancy Wilson and Joyce Lindorff, playing treble viol in the Early Music Ensemble and also performing and recording new compositions by student composers. As a board member and Resident Artist of The Wednesday Club of Harrisburg, he performs solo and collaborative recitals in Central PA. Rodolfo lives in Philadelphia as an active performer, teacher, and violinist of The New American String Quartet.