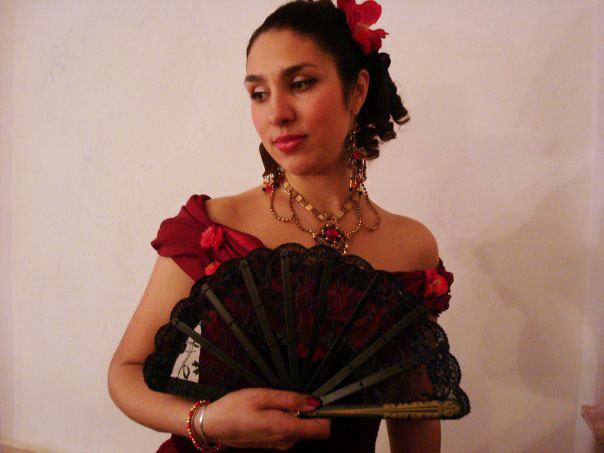 Marina Voznaia began her piano studies at the age of four. In 1993, she completed eight years of study in St.Petersburg Tchaikovsky Music School under Elena Trophimova. In 1997, Marina graduated with honors from St.Petersburg Music Pedagogical College No. 3. Where she studied under Natalia Khoreva (piano) and Olga Luzina (vocal). While studying there, she taught children (ranging from 3 to 25 years old) in private lessons and at local schools to play the piano as well as singing or vocals, and explained the theory of music. She subsequently worked as an accompanist of the ballet and continued her studies at the St.Petersburg Herzen State Pedagogical University in the Faculty of Music from 1997-1999, specializing once again in pianoforte.
She went on to be admitted to the St.Petersburg State Rimsky-Korsakov Conservatory under the tutelage of Professor Tatiana Novikova and graduated in 2006. She received her Master’s degree in Vocal Studies (Master of Fine Arts in Vocal Studies). While she was studying, she went on concert tours to Germany, Switzerland, Italy and England.
She worked with the St.Petersburg Mariinsky Theater Choir as a soloist, beginning during the 5th course at the Conservatory and continued with the Choir until 2015. As a member of the Choir, we toured internationally converts and theatrical performances with Valery Gergiev (The head and chief conductor of the Mariinsky Theater), including in these countries: United States, Israel, Japan, China, England, Germany, Holland, Belgium, France and Austria. All operas and performances were sung in the original languages. When she became mother, she taught music and singing at private kindergarten and elementary school until 2018. And she was a soloist of a cappella church choir in St.Petersburg Cathedral of St.Catherine.