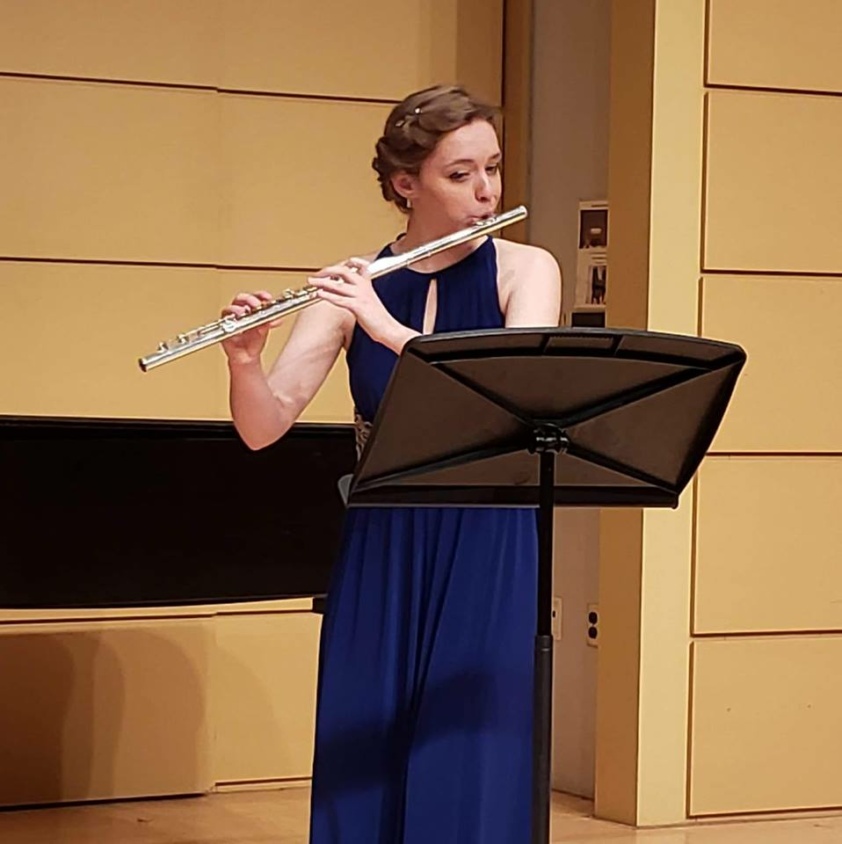 Jessica Lynch is a performer and teacher in the Philadelphia area.  As an ensemble musician, she has performed across the United States, including performances in Carnegie Hall in New York City, Verizon Hall in Philadelphia, at the 2019 College Band Directors National Association Conference in Arizona, and at the 2018 and 2019 Mid-Atlantic Flute Conventions in Virginia.  Additionally, Jessica has won the Pennsylvania MTNA Young Artist Competition and West Chester University’s Wind Symphony Concerto Competition.

Jessica received her B.M. in Music Performance with minors in music history and the baroque flute from West Chester University, where she studied with Dr. Kimberly Reighley.  While at West Chester, Jessica performed in a number of ensembles including the wind ensemble, symphony orchestra, chamber winds, chamber and opera orchestra, and flute choir.  Additionally, she has appeared as a guest artist with the Melomanie Chamber Ensemble.  Currently, Jessica performs in the West Chester and Philadelphia area with her flute quartet, Fioratura Winds.