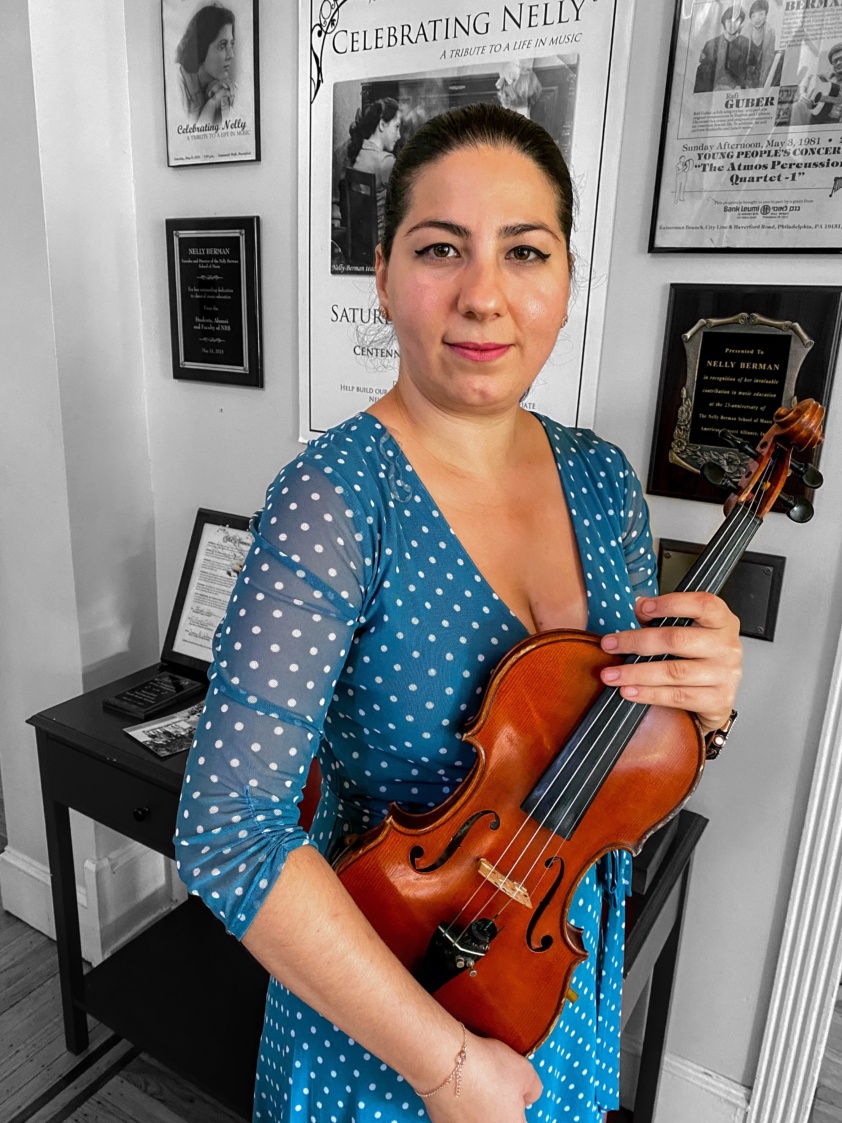 Violinist Nina Vieru has performed on many of the most prominent stages in Romania, Moldova, Serbia, Mexico and the United States including Carnegie Hall, Alice Tully Hall, Verizon Hall and Perelman Hall. She was a guest soloist with the Galati Philharmonic Orchestra, the Brasov Philharmonic Orchestra, and has twice appeared in concert at the George Enescu Festival in Bucharest. Ms. Vieru has successfully participated in more than 35 national and international violin competitions. In 2011, she won the Temple University Concerto Competition and the LISMA Foundation International Music Competition (New York City). She performed during the Endless Mountains Music Festival in Wellsboro Pennsylvania and Gretna Music Festival, both in 2015-2016.

Ms. Vieru was born in Chisinau, Republic of Moldova, to a family of musicians. At the age of seven, she began her study of the violin at the Music High School in Chisinau. Six years later, her family moved to Bucharest, Romania’s capital, where she studied with noted violinist Stefan Gheorghiu. After graduation in 2007, Nina moved to the United States and studied violin with Eduard Schmieder at Temple University. She earned both her bachelor’s and master’s degrees at Temple, and in 2021 received her Doctor of Musical Arts there.

Ms. Vieru enjoys life together with her husband Rayd and their children Sarah and Leo.