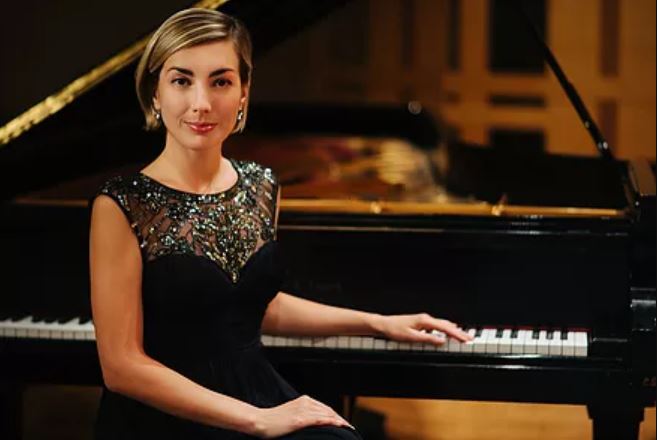 Anna has appeared in such concert halls as Carnegie Hall in New York, Kimmel Center in Philadelphia, Rachmaninov Hall of Moscow Conservatory, Alfred Cortot Hall of Paris Conservatory, Novosibirsk Philharmonic Hall, and numerous concert stages in Russia, Finland, Italy, France, Ukraine, and the United States.
​
As a chamber musician, she performs with Trio Casals with which she is currently recording her second CD on the Parma Label with a premier set for Weill Recital Hall at Carnegie Hall in spring 2018. She has also performed many recitals with various principal chairs of the Philadelphia Orchestra.

Anna completed her DMA at Temple University with her dissertation on Alfred Schnittke’s Concerto for piano and strings. She is from the studio of Dr. Charles Abramovic on Piano and Dr. Joyce Lindorff on Harpsichord. Prior to her studies at Temple, Anna completed her coursework for a DMA at the Novosibirsk Conservatory in Russia with a dissertation on Olivier Messiaen’s “Vingt regards sur l’Enfant-Jésus”, she also earned a Master Degree and Bachelor Degree with her primary teachers being Larisa Smeshko and Mary Lebenzon. Additionally, she holds a Master Degree from West Chester University where she studied with Dr. Igor Resnianski