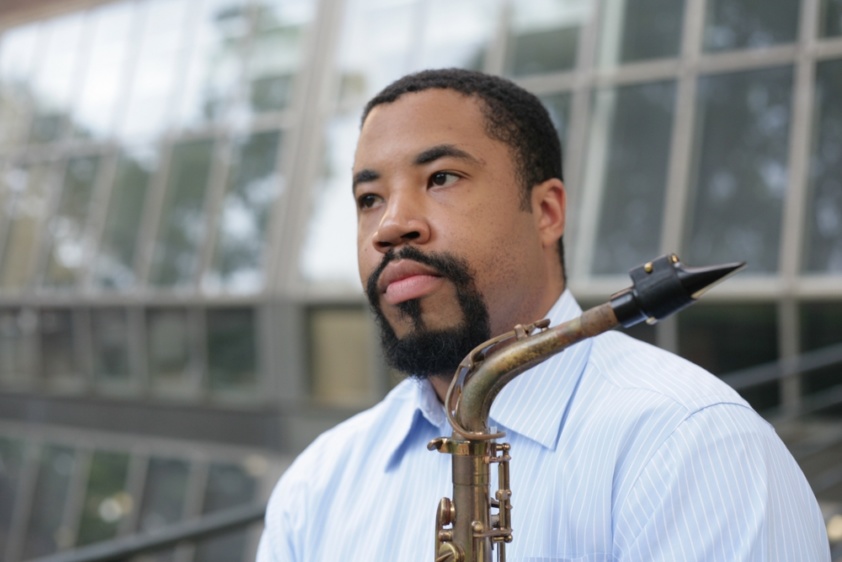 Dr. Matthew D. Clayton, II, a Philadelphia area native, has played the saxophone for 20 years and is a music scholar, teacher and performer.  Some of the highlights of his various performances include shows at Carnegie Hall, famed New York jazz clubs the Village Vanguard and Birdland as a member of the National Grammy All Star High School Jazz Band, the Academy of Music, performing for Grover Washington, Jr., gigs with the late legendary Count Basie trombonist Al Grey, and appearing as a featured performer for a winter jazz festival in Paris, France.  After graduating from the Episcopal Academy, he attended Yale University, where he earned a B.A. in Music.  Clayton then received both a master’s degree and a Ph.D. from Harvard University in Music, specializing in ethnomusicology, with an emphasis on the study of jazz.  While at Harvard, Clayton directed the Harvard Graduate School Big Band and performed with students from the nearby Berklee College of Music.  Dr. Clayton has taught saxophone at the Litchfield Summer Jazz Camp in Connecticut and privately while completing his studies. Dr. Clayton is now Branch Director at the Kardon-Northeast Branch of Settlement Music School.