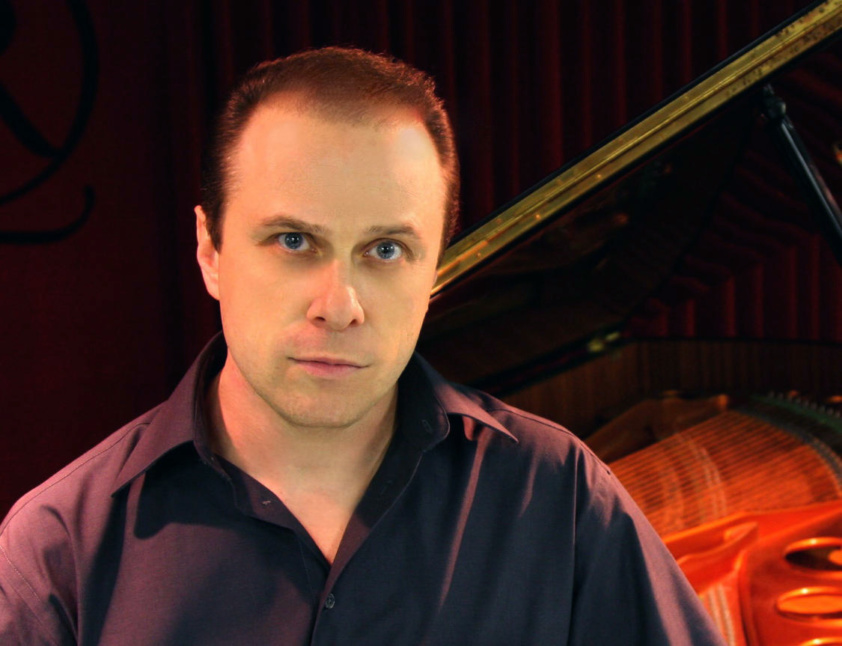 Igor Resnianski was born in 1967 in the city of Irkutsk , Russia and began his piano studies at the age of nine. In 1982, he completed seven years of study in the Novosibirsk Music School under Ludmila Sakharova and received a Diploma with Distinction. In 1986, Igor graduated with distinction from the Novosibirsk Music College where he studied under Elena Storojuk. He then continued his studies at the Novosibirsk State Conservatorium under the tutelage of Professor Mary Lebenzon and graduated in 1993 with distinction.

In 1995, Igor Resnianski entered the “Artist Diploma” Program at TCU in Fort Worth , Texas where he studied under Professor Tamás Ungár . In June 1996, Igor made his concerto debut in  America performing with the Fort Worth Symphony Orchestra under conductor Keri-Lynn Wilson and in South America performing solo recital at the Medellin International Festival, Colombia. Since then, he performed with New Orleans and Acadiana Symphony Orchestras. Additionally, he has given solo recitals in Fort Worth and Arlington TX, New Orleans and Lafayette LA, Cincinnati OH and Palm Beach FL, Philadelphia PA and Camden NJ; presented in Master Classes in New Orleans LA, Lafayette LA, Santa Clara CA, Camden NJ, West Chester PA, Medellin Colombia; and served as associate faculty at the 1999, 2000, 2001 and faculty 2003, 2004, and 2005 TCU/ Cliburn Piano Institute, Fort Worth TX.

Mr. Resnianski has performed extensively in his native Russia , including the famed halls of Moscow and St. Petersburg. Besides his appearances on radio and television, and as a concert soloist with several Siberian Symphony Orchestras, Mr. Resnianski has recorded two compact discs of chamber music with the violinist Ilja Konovalov (Principal violinist of Israel Philharmonic) for the St. Petersburg Recording Company and Sony Entertainment.

In Philadelphia, Mr. Resnianski performs at Rutgers University in solo recitals, concerts with his students, and gives lectures at the university during the Mozart summer course. In the fall of 2001, he was appointed as an Artist Associate of the Music Department at Rutgers University. His students successfully participate on various competitions, receiving the top prizes and honors. As a result some of his
young students performed at Wail Recital Hall in Carnegie Hall, New York, and has appeared with the Fort Worth Chamber Orchestra.

Since fall of 2005, Mr. Resnianski is Artist in Resident at West Chester University in Pennsylvania.