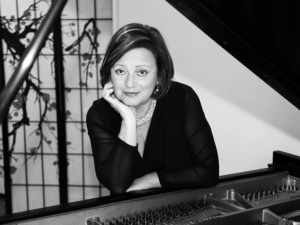 Faina Lushtak was raised in the Soviet Union. She began her piano and composition studies at the age of six, and studied at the Stoliarsky School for Musically Gifted Children in Odessa, then the Moscow Tchaikovsky Conservatory, where she earned degrees in piano performance and composition.

Ms. Lushtak is the Downman Professor of Music at Tulane University, where she heads the piano division. She is a Steinway Artist. She also serves on the faculty of the Orfeo International Music Festival in Italy, and served as the Artistic Director of the Brandywine International Piano Institute. Ms. Lushtak’s performance of works by Rachmaninoff and Scriabin was recorded on the Centaur label, as was her performance of all Chopin Mazurkas. She has since recorded a number of new albums of her own works and that of other composers. Her compositions for piano have been published by Willis Music, and by the British music publisher Boosey and Hawkes. Her piece “Old and New” has been commissioned for the New Orleans International Piano Competition. Faina Lushtak’s latest recordings La poesie de la vie and her original Piano Compositions for Children and Adults is available on iTunes. Her original compositions are available on www.sheetmusicplus.com. 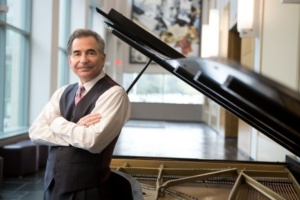 Pianist Timothy Blair performs internationally & serves as a visiting clinician & adjudicator. He is a member of numerous professional organizations & boards in addition to being an NASM accreditation evaluator. Dr. Blair is National Chair of the MTNA Development Committee & has served on the Board of Visitors of the New England Conservatory of Music. He also provided WCU accreditation leadership that resulted in national accreditation being granted to all programs within the College of Visual and Performing Arts, an historic first for WCU.

Dr. Blair has been recognized with citations for his outstanding leadership in the arts & education from West Chester Mayor Comitta, the House & Senate of Pennsylvania, U.S. Senator Robert P. Casey, & the Chinese Government. 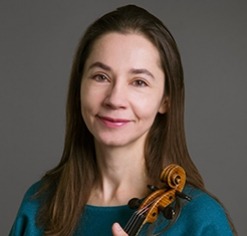 Elina Kalendarova, a native of Tashkent (USSR), joined The Philadelphia Orchestra in 2002. She began her violin training with Nathan Mendelson. Later she earned a master’s degree from the Moscow Conservatory where she was a pupil of Igor Bezrodnyi. While doing her post-graduate work, Ms. Kalendarova served as a concertmistress of the Ars Viva Chamber Orchestra. She recorded a CD of chamber music by Taneyev and Glinka for the Le Chant du Monde label.

Since moving to America in 1994, Ms. Kalendarova has performed as a soloist with the Liederkrantz Symphony Orchestra in New York and appeared as a recitalist for the Ascending Artists series. In 1996 she was a recipient of the MetLife Music and Visual Arts Award presented through the New York Association for New Americans. 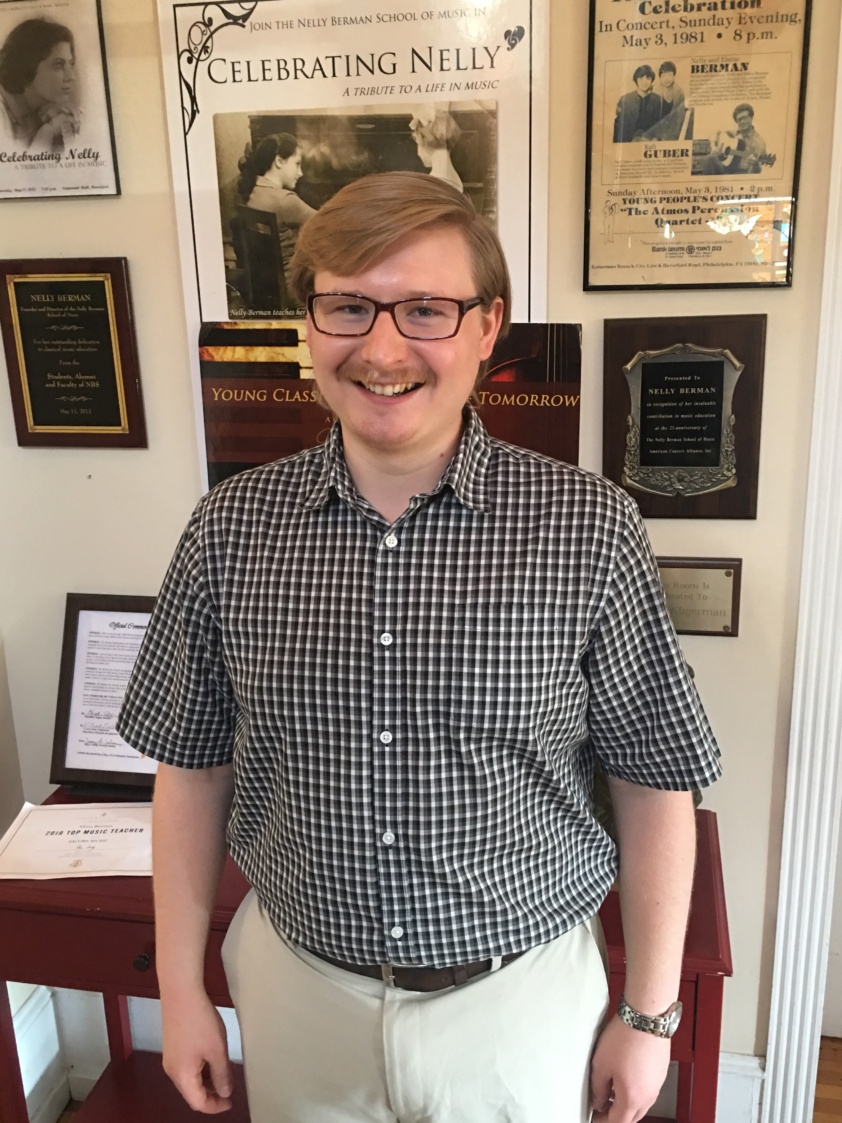 Nathaniel completed his Doctor of Musical Arts (DMA) degree in Vocal Performance and Literature with a minor in Pedagogy at the Eastman School of Music under the tutelage of Jan Opalach and Ruth Hennessy. Since beginning his formal vocal training with the late soprano Judith Kellock at Cornell University, Nathaniel has participated in the SongFest program in Los Angeles and has sung in masterclasses led by renowned soprano Renée Fleming, American composer Jake Heggie, noted tenors Ian Bostridge and Anthony Dean Griffey, Swedish baritone Håkan Hagegård, the late Israeli contralto Mira Zakai, and esteemed collaborative pianists Graham Johnson and Martin Katz.