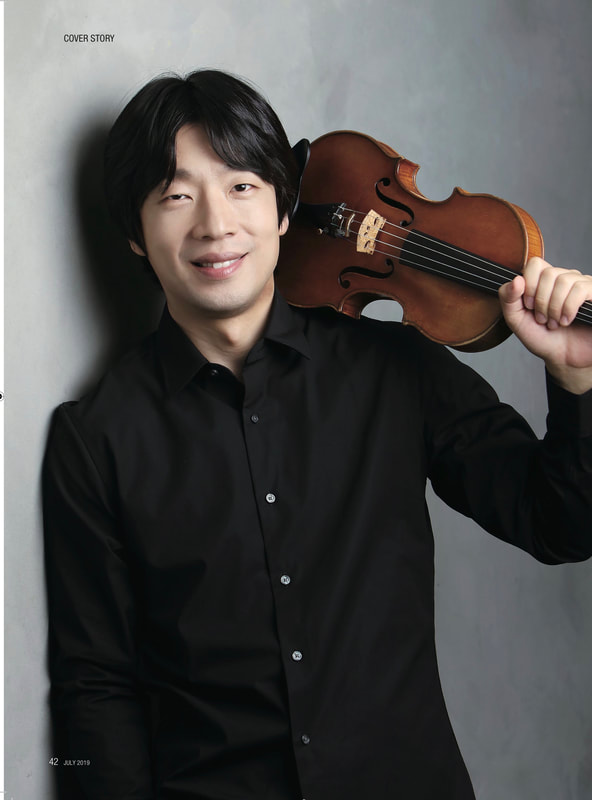 Since his debut with the Kazakh State Symphony Orchestra at age 12, Vladimir Dyo has toured and performed at prestigious venues of the former USSR, Europe, Asia, and the United States, including Carnegie Hall, Walt Disney Hall, Seoul Arts Center, Rachmaninoff Hall, Tchaikovsky Hall, Column Hall, Queen Elizabeth Hall, KBS Hall, UNESCO, United Nations General Headquarters etc. “His mystic contour merged with the instrument and hypnotized the audience….Subtlety and flawlessness of Rachmaninoff’s endlessly versatile music created such an emotional reaction with the audience that many had tears in their eyes…” (N. Zemlyakova, musicologist). “Dyo’s Sarasate was dazzling…” (Michael Church, BBC World Service). “Vladimir Dyo is a violinist who plays with incredible energy and electricity. His rendition of my LEX was spectacular. His is a major talent who has very bright future ahead!” (Michael Daugherty, Grammy winner composer).

​In 2015, he was invited to perform as guest soloist with Ulsan Philharmonic Orchestra at Carnegie Hall (Stern Auditorium) and at the Peace Concert at the United Nations General Headquarters in NY dedicated to the 70th Anniversary of UN and 65th Anniversary of Korean War, along with legendary coloratura soprano Sumi Jo under the baton of maestro Hong-Jae Kim.

As entrepreneur and artistic director of Global Music Partnership, Vladimir Dyo has launched numerous projects around the world including concerts, festivals, competitions, and master classes creating opportunities for young and professional performers. One of the highlights among projects is the annual GMP Young Talents World Festival of Performing Arts at Carnegie Hall. GMP is also committed to support young musicians and musicians with disabilities.

He has adjudicated the Youth Competition of Korean Musicians Association of Philadelphia (2010-2016) and the Eastern Division Students Competition of Music Teachers’ National Association (2011). Vladimir has been featured on BBC World Service program hosted by Michael Church, and in 2019, he was featured on the cover of Strad Korea Magazine including a cover story about his activities as soloist, educator and artistic director of the Global Music Partnership.