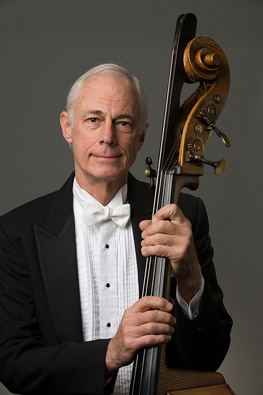 Paul Klinefelter began his bass studies with Eligio Rossi of the Settlement Music School. His classical training continued with Lou Kosma (Metropolitan Opera Orchestra) at Temple University, then with Neil Courtney (Philadelphia Orchestra) at University of the Arts where he eventually earned a diploma in classical double bass performance.

Paul’s eclectic background has allowed him to wear many hats in his multi-faceted career. He has been a member of the Harrisburg Symphony Orchestra since 1989, performing in the bass section as well as on bass guitar for pops concerts. He is also in high demand in the Philadelphia area as a jazz bassist (where WRTI voted him “Best Jazz Bassist” in 1982).