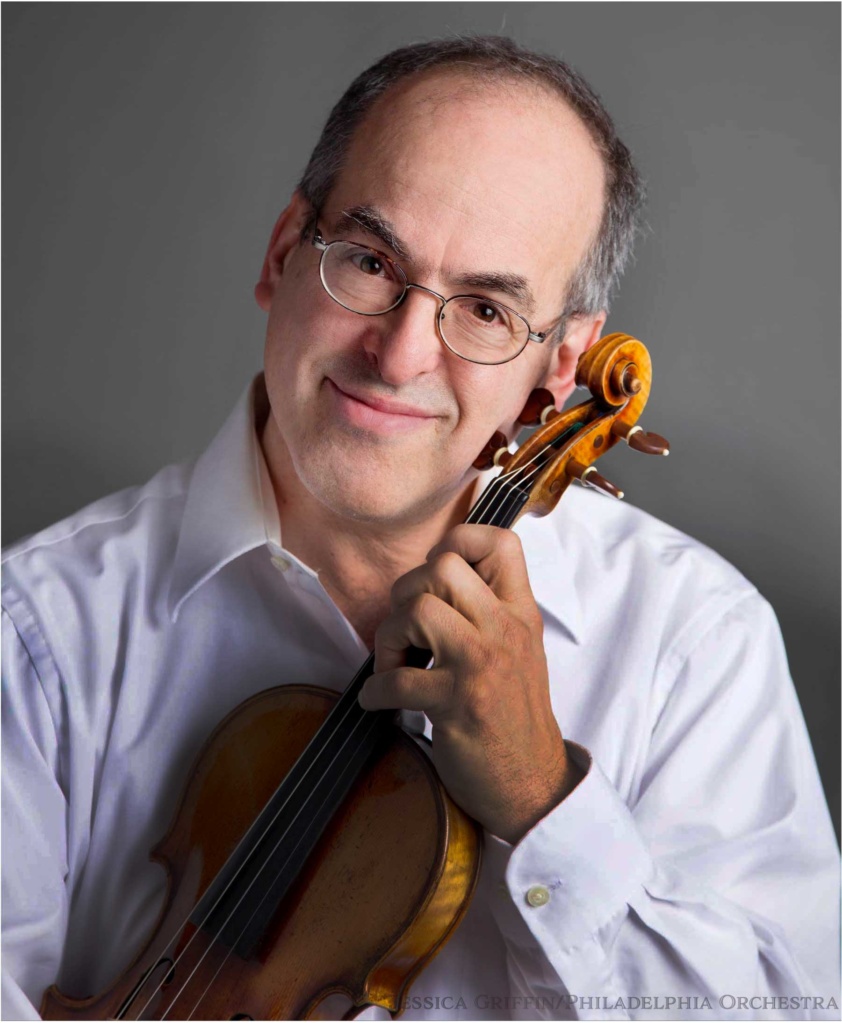 Violinist Paul Arnold has been a member of The Philadelphia Orchestra for 30 years and is a familiar personality on the Philadelphia classical music scene. He has appeared as a recitalist and chamber musician with such diverse personalities as Yefim Bronfman, Christoph Eschenbach, Tan Dun, Keith Jarrett, the New Arts Trio, and the Emerson Quartet. Mr. Arnold has appeared numerous times in the Saratoga Chamber Music Series, where he has worked beside Martha Argerich, Gil Shaham, Truls Mørk, and Sarah Chang. Mr. Arnold was also featured over 25 times in The Philadelphia Orchestra’s Chamber Music Series and Orchestra Postlude Recitals, performing widely contrasting repertoire.

Mr. Arnold gives master classes around the country. He has most recently given classes and performed at Cornell University, the University of Colorado at Boulder, and Bucknell University. Before joining The Philadelphia Orchestra, he was principal second violin of the Rochester Philharmonic, with which he made numerous solo appearances. He is a founding member of both the Society Hill Quintet and the Dalihapa Ensemble and is a regular participant with the Network for New Music, an ensemble with which he has recorded. For six years years Mr. Arnold served as music director of the Philadelphia Museum of Art’s Philadelphia Orchestra Connection Series, showcasing his colleagues and their associates in musical programs pursuant to current Museum exhibits.

Most recently Mr. Arnold was featured in a documentary included as the intermission feature of a Philadelphia Orchestra Global Concert Series transmission. The film focused on his arrangement of a Beethoven piano sonata for his string quintet and included a conversation with Mr. Eschenbach on Beethoven and the nature of transcriptions.

Mr. Arnold is a member of the Board of Overseers of the Curtis Institute of Music. An avid photographer, he has given shows in Saratoga, New York, summer home of The Philadelphia Orchestra. For the last 15 years he has been an active lecturer on musical subjects and has given scores of PreConcert Conversations for The Philadelphia Orchestra. His series “I have a friend in the Orchestra” has delighted concertgoers and has endeavored to break down barriers and enhance the audience’s full enjoyment of the musical experience.