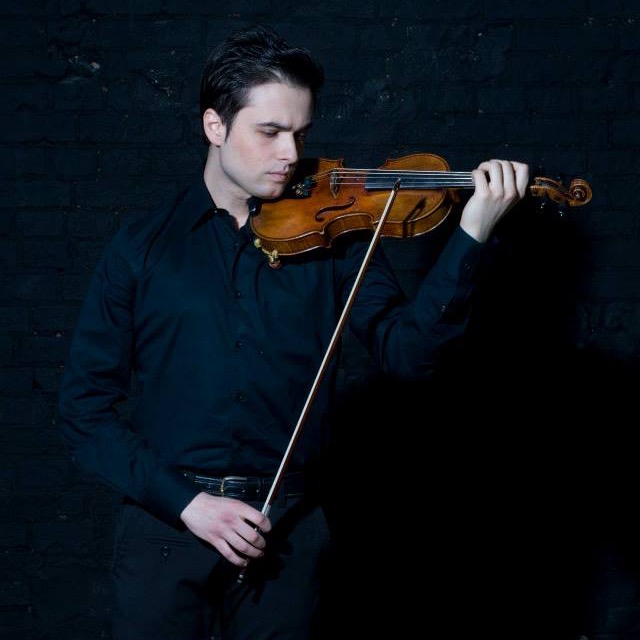 Born in Catania in 1986, Lorenzo Mazzamuto graduated in 2005 from the Vincenzo Bellini Musical Institute of Catania with ten and laude as a student of Maestro Vito Imperato. He had his solo debut with an orchestra at the age of 11 performing a Vivaldi Concerto. The young violinist has already taken part in over 25 national and international musical competitions, obtaining in all, either first prize or absolute first prize.

Lorenzo was also winner of the bursary assigned to the best student of the Senior Specialization Course, held by Maestro Corrado Romano in Sermoneta. In 2000, he was awarded first place, with special mention of merit, in the prestigious “Vittorio Veneto Violin Season.” With the patronage of the President of the Italian Republic, he further distinguished himself (at the age of 14) by passing with special merit the admission audition for the Senior Specialization Course of the Walter Stauffer Academy of Music. This honor is normally only available to students already possessing a performance degree, but students who are deemed by Maestro Salvatore Accardo to possess exceptional talent can be admitted, regardless of qualifications held.

Lorenzo has played for many important theatres and concert associations in Italy, Europe, Russia and U.S.A. He has performed as a soloist with the Ploesti Symphony Orchestra, the Youth Symphony Orchestra, the Kiev’s Camerata, the Russian Chamber Orchestra and others. Lorenzo’s orchestral experience includes:  “V. Bellini” Teatro Massimo Catania, “G. Garibaldi” Teatro Politeama Palermo, “IPalpiti” chamber orchestra Los Angeles. Since October 2004, he has been the first violinist with the 20th/contemporary music group “L’offerta Musicale Ensemble”, under the guidance of Riccardo Insolia.

In June 2013 he graduated from the Moscow State Conservatory “P. I. Tchaikovsky” with the highest scores in the class of the “Great Artist of the People” Sergey Girshenko. He has played in White Hall, Conferency Hall, Rachmaninov Hall, Small Hall and Big Hall of the Moscow Conservatory. At present Lorenzo is pursuing his second Master’s degree in the studio of Maestro E. Schmieder at Temple University, Philadelphia (Pennsylvania).  He records under the label “BAM records”. He plays a Claude Lebet Violin of 2010.