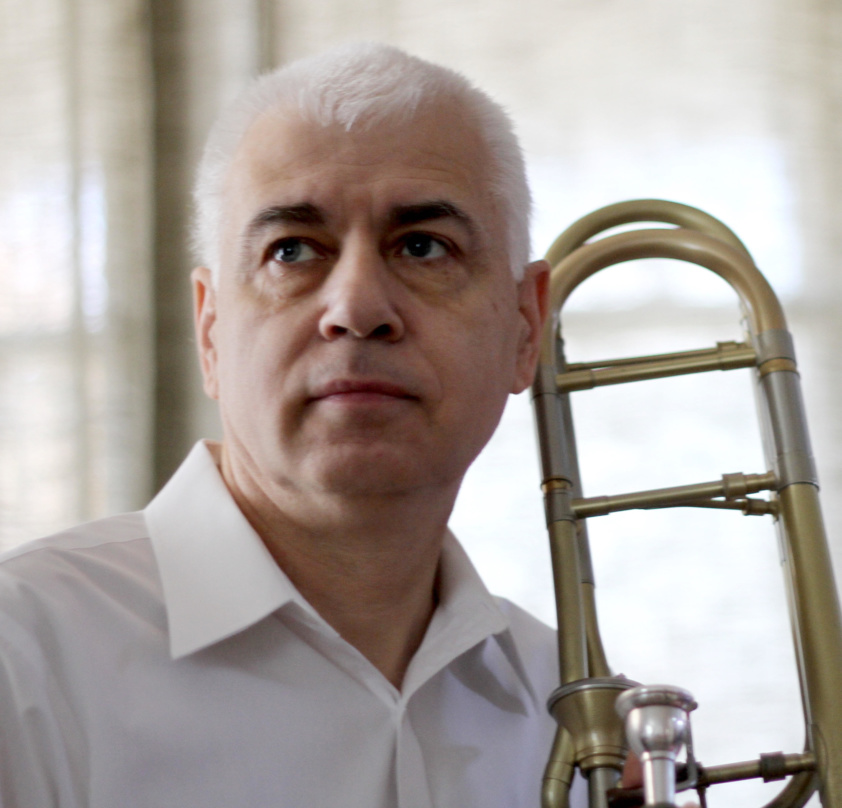 Alex Siniavski originally hails from St. Petersburg, but moved to Philadelphia in 1992. As a trombonist, he received Master’s Degrees from the St. Petersburg Conservatory of Music, and from Temple University, studying with Blair Bollinger, trombone member of the Philadelphia Orchestra. He taught trombone and trumpet here at the Nelly Berman School for ten years, and is now returning after moving back to the Philadelphia area.